Mobile technology is basically a device or gadgetry that users can take with them wherever they go. It includes portable devices for two-way communication and computing, as well as the networking technology responsible for connecting them.

Mobile technology has become ubiquitous. At present, mobile technology is exemplified by internet-ready devices such as tablets, smartphones and smartwatches. These mobile technologies are constantly advanced for them to serve users much better and beyond their established functions. When smartphones were first launched, they were mostly for business-related use reason being unaffordable to the masses. Today, numerous smartphones varying in brand, model and price are widely available to all. As such, nearly everyone owns a smartphone, with over 3 billion smartphone users in the world.

What is Mobile Data and What Uses Data On A Cell Phone?

Over time, smartphones have transformed and bettered our lives beyond the bounds of how we communicate and correspond. On top of phone calls, text messaging, and emailing, smartphone users utilize these mobile technologies for other reasons, including path-finding, making bookings, media and entertainment, and more.  Among the multiple features of smartphones, internet connectivity is perhaps one of the most needed by users. Typically, there are two ways for smartphones to have internet connection – by a standard Wi-Fi or through mobile data. 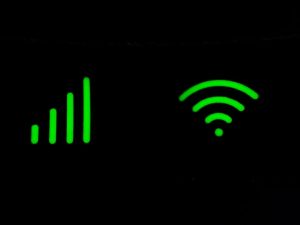 Many are very familiar with Wi-Fi as this is where most smartphone users connect to for internet. On the other hand, mobile data is something many have little knowledge of, which is why it isn’t efficiently utilized and maximized or not used at all. So, what is mobile data and what uses data on a cell phone?

Similar to a standard Wi-Fi, mobile data allows smartphone users to connect to the internet when Wi-Fi isn’t available. Known also as cellular data, this is something that you have to buy from your cellular network provider (mobile telecommunication company), either as consumable purchase or as subscription plan.

Whenever you use your cellphone network to connect to the internet, you consume data. Mobile or cell data is quantified in the metric units megabytes (MB) as well as gigabytes (GB). 1GB has 1000 MB. However, data usage on your phone is calculated in minutes. Determined by your purchase details, you may have a limited/restricted or an unlimited mobile data.

It is important to know what consumes the largest data on your phone. This will help you save and utilize your data wisely given that mobile data don’t come cheap. Globally, the average cost of 1GB data is $8.53. But there are places where 1GB data can charge up to a ridiculous $140. 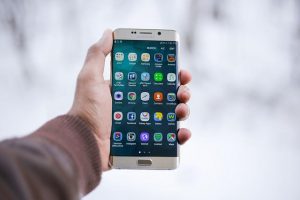 The largest amounts of data usage on cellphones are consumed in the following:

Texts, messages, and emails make use of data. As to how much data usage mainly comes down to what is sent and how it is sent. Emails packed with hi-res image attachments use up a little more data, whereas a short text doesn’t consume much.

Web browsers eat up more mobile data since clearly you are utilizing it for internet access. However, you may not be aware of the amount of data consumed by different ads and trackers on the sites you visit.

Mobile apps have the tendency to use up the largest amount of data on your phone. Any app that requires internet connection to refresh, update, or download images and messages will definitely consume data. So your favorite apps, like your social apps, music streaming apps, and video streaming apps, will devour your mobile data.