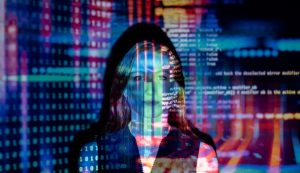 Technology is on the rise and will continue to change the way we interact with each other. While this is often regarded as a positive thing, there are some who fear that technology will be used to exploit people.

Technology has been used for so many different things, but it is still not clear what it will do in the future. While technology changes our world, we should make sure that it does not change our humanity.

How Technology Is Helping Detect Lies

Technology is helping detect lies. There are a lot of different ways that technology can be used to detect lies and provide information on the situation at hand.

Technology has helped in detecting lies by providing information on the situation at hand such as facial expressions, body language, and speech patterns. This is done by using sensors that are embedded into devices like computers, smartphones and tablets.

There are also technologies that have been created to help detect lies in more traditional ways such as voice recognition software, lie detector test and lie detection apps.

What is the Future of Lie Detection Technology?

The future of lie detection technology is a topic that has been debated for decades. In the past, we had to rely on physical indicators like body language and eye movement to determine if someone is telling the truth or not. Now, with the help of AI and machine learning, these indicators can be read from images and videos to identify deception.

The use cases for lie detection technology are varied – from law enforcement agencies to marketing companies. It can also be used by security personnel in airports or other public places where people might be lying about their identity.

Lie detection technology is still in its infancy but it has huge potential in various fields such as law enforcement, marketing, and security.