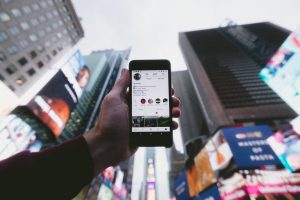 Most probably, you have read or heard about the internet of things or short for IOT. Simply speaking, this is about extending the reach of the internet beyond smartphones and computers to a wide range of several other things, environments and processes. As a matter of fact, the internet of things have even helped in shaping and revolutionizing common devices that we are using such as stores selling cordless phone for seniors, smart appliances and many more.

IOT has significantly changed the way we live from how we are managing and operating our homes to automating jobs in virtually all industries. But the question people are asking is, what is IOT exactly? Let us try to find that out.

First stop, how you’re reading this article? Well, many of you might be on a smartphone, a computer or a tablet. Regardless, most probably it is connected to the internet. Having an internet connection in today’s time is really awesome for it provides all kinds of benefits that some of us begin to take for granted.

Just think of your ancient cellphones before it transcends to becoming a smartphone. Yes, you can text and call but today, it has become possible to read books, watch movies, play multimedia right in the palm of your hands.

Connecting devices and other stuff to the web delivers countless of remarkable benefits. IOT is a straightforward concept. It means to take all things we used in the world and connect them to the World Wide Web. The confusion that some might have is not because of the idea is tightly defined. Instead, it is extremely broad and at the same time, loosely defined. It may be difficult to narrow down the idea in your head when there are too many possibilities and examples in IOT.

Whenever something is connected to the web, this only means that it is capable of receiving or sending information. Such ability makes things “smart” and being smart is good.

Our smartphones for example; today, you can listen to virtually any song that you want. This isn’t because your phone has every song the world has in it but, it is primarily because your phone now has the ability of sending and receiving information to stream songs that you want to hear. To be “smart”, a device does not need to have massive storage or complex computing technology. What it only has to do is to become connected to the internet.